When you hear of a paper that has boosted publication speed by 80 percent and reduced the headcount required to do so from eight staff down to two, you want to hear more. Which is why we spoke to Robin Ettinger Julsgaard, web journalist and reporter at Nordjyske.

Nordjyske Stiftstidende is a daily broadsheet in Aalborg, Northern Jutland. It’s also the second oldest newspaper in the country. Pedigree, however, is no impediment to progress, and Robin and his team continue to look for ways of both streamlining the production process and putting the paper’s emphasis firmly on reporting local life.

As Robin explains: “Our goal is to cover news for and about the northern Jutland population. We have readers all around Denmark - but of course, the main body is from Jutland.” As a journalist himself Robin remains firmly hands-on when it comes to the production of the paper: “I'm a digital front page worker, meaning that in collaboration with our editors, I help decide what articles we publish, and which articles go on the front page of Nordjyske.dk.”

Being both a journalist and involved in final production, Robin is ideally placed to observe the practicalities of integrating planning and CMS. In fact, his hands-on experience helped inform his choices when it came to driving that integration.

“We needed a planning tool. A couple of years earlier we actually invented our own planning tool, but it did not work the way we wanted it to. So, we decided to have a look at which tools there were in the market both in Denmark and abroad.”

Having gone down the in-house development route and found that it wasn’t sophisticated enough for their needs, Robin came to the market with a clear idea of what a tool should offer, and Desk-Net ticked the requisite boxes.

“Desk-Net had all the attributes that we were looking for: simplicity and ease of use.”

Having already spent resources on attempted in-house development of a planning tool, Nordjyske wasn’t in a hurry to reinvent their CMS: DrPublish from Aptoma in Norway. Straightforward integration was a must-have.

“In the end, it was fairly easy. One of our editors has a deep knowledge of our pattern of publishing, and she also has the technical knowledge that enabled us to set out our requirements for Desk-Net.”

Amongst those requirements was the desire to prioritize the writing, rather than the publication process. A small staff and relatively large local beat mean that Nordjyske’s team is better deployed out in the field. As a result, the software implementation also involved an element of time and motion study.

“We wanted to give our journalists as much time as possible to write. Therefore, we took a look at how our journalists use their time. We quickly discovered that many of them were having to spend unnecessary time adjusting their stories in the system, so we began to explore the possibility of integrating Desk-Net to Aptoma.”

The results speak for themselves with an 80 percent increase in production efficiency.

“Now our journalists are only working in one system. Before they would work in Desk-Net and our latest writing-tool, but now with the streamlining, they have more time to write articles. The way it works is very simple. You put in your information and the system automatically makes a post in Desk-Net that the other editors and I can plan from.”

Robin includes a screenshot of the system in action:

The resulting planning/CMS partnership now sees some 20-25 articles published every day of the year; a process that requires just two dedicated publishing staff compared to the eight needed before.

Which begs the question of whether it was all as painless as publishers hope? Were there really no hurdles to a better way of working? Robin is upbeat in response:
“We had to change the habits of our journalists…. but now that it's working, we know that it was worth the time.”

Learn more about the Desk-Net and Aptoma integration

See how it works 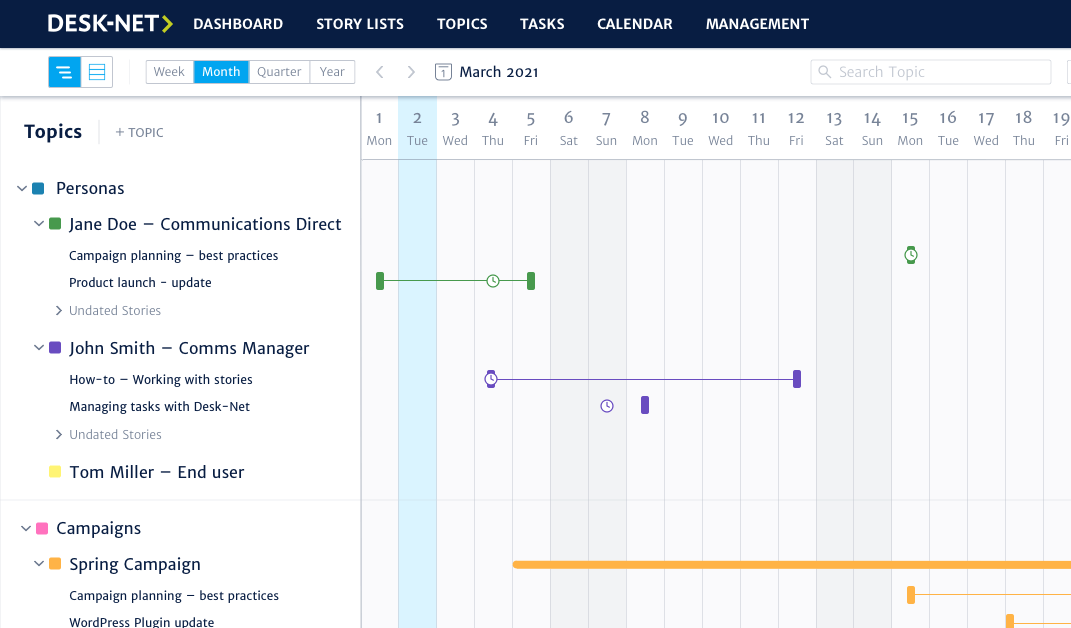 Our plans for Desk-Net: New user interface and wor...