Stories are the tools to create loyalty, but in the search for true lock-in loyalty, Meinholf Ellers explained that the old 'fire and forget' approach to publishing has no future. Instead, the answer lies in data usage to identify user types, targeting those types, and a constant process of fine-tuning the targeting as part of the feedback loop. If that sounds a little scientific, it's because it is, which is why publishers need to turn their attention to the 'physics' of stories.

Meinolf Ellers is a Managing Partner and digital transformation specialist at Next Media Accelerator which was initiated by the German Press Agency, DPA (Deutsche Presse-Agentur GmbH).

His opening reference was to Guardian newspaper, which this year struck digital loyalty gold when its reader contribution approach broke even.

"After the first quarter of this year, the Guardian reported that they are now in profit thanks to their digital membership approach in which people donate for content. That the Guardian should be so successful that it has now become profitable tells us that only business models that focus on fantastic journalism will survive."

That level of journalism, however, is not necessarily in the power of all publishers; "it is more difficult for us, but in the meantime, we have a strategy that helps us keep readers loyal even in niche markets."

Ellers sets out the goals in the context of Bergens Tidende and its mission to convert casual readers to subscribers and beyond – the 'three steps to heaven'.

Step one is convincing a casual reader to leave their name and email, a registration step where the user accepts that surrendering contact data is a fair price for something in return. Step two is the point at which that user consents to pay for content and subscribe.

Although Ellers doesn't labor the point, the implication is that a lot of publishers consider the job done at step two, but he doesn't since he describes step three as the 'key one' in which the user embraces 'membership.'

"We need to move on from subscriptions to membership on a trust basis and with a lock-in approach," argued Ellers, citing Apple as a perfect example of willing lock-in; "You feel comfortable as Apple keeps trying to sell you products, and you like it."

That, Ellers insists, is the goal for publishing houses and this path is one "driven by content – no, a better word would be 'stories' as this is about quality and a story is better than mere content."

The trick there, Ellers points out, is to use the tools at our disposal to analyze which stories have what impact on any given target group and to tweak those factors to encourage the path to lock-in loyalty.

The physics behind good stories

That, of course, is easier to say than to do. "If we are honest and look at the process, we are right at the beginning, just starting. We are like Isaac Newton pondering gravity and at the early stage of observing it, watching apples fall from the tree."

"We need to develop the formulas, which is why publishers are gathering data analysts and data scientists to define the algorithms and develop predictive analytics. In the future, we will know in advance how relevant stories will be."

In this task of converting users to lucrative loyal lock-ins, this element of predictive analytics where the worth of a story is known in advance represents a significant shift over previous publishing approaches; "it's not enough to deal in thousands of words per day anymore. We are changing the way we work with newsrooms. Stories used to be 'fire and forget' - we sent it out on a one-way journey, and everyone got the same story. Now we want content out there to return behavior data, usage data, performance data. With that, we can see which stories work and which ones don't and optimize them right away by changing headlines, images, etc."

This, he notes, is all about usage data, not user data.

Rather than trying to identify individuals, the idea is to try to identify groups of people based on the limbic types as identified by Gruppe Nymphenburg.

"There are a number of limbic types, ways of segmenting people by our subconscious processes that make us hedonists, adventurers, performers, etc. Traditionalists and harmonizers, for example, say things like 'I like living here, my life is my family,' and have traditional values so talk about immigration and climate change these people get worried. Younger people have factors with entirely different priorities. If we want to appeal to women of fifty and over, we need to convert them to more frequent visits, and that means choosing the topics that appeal." 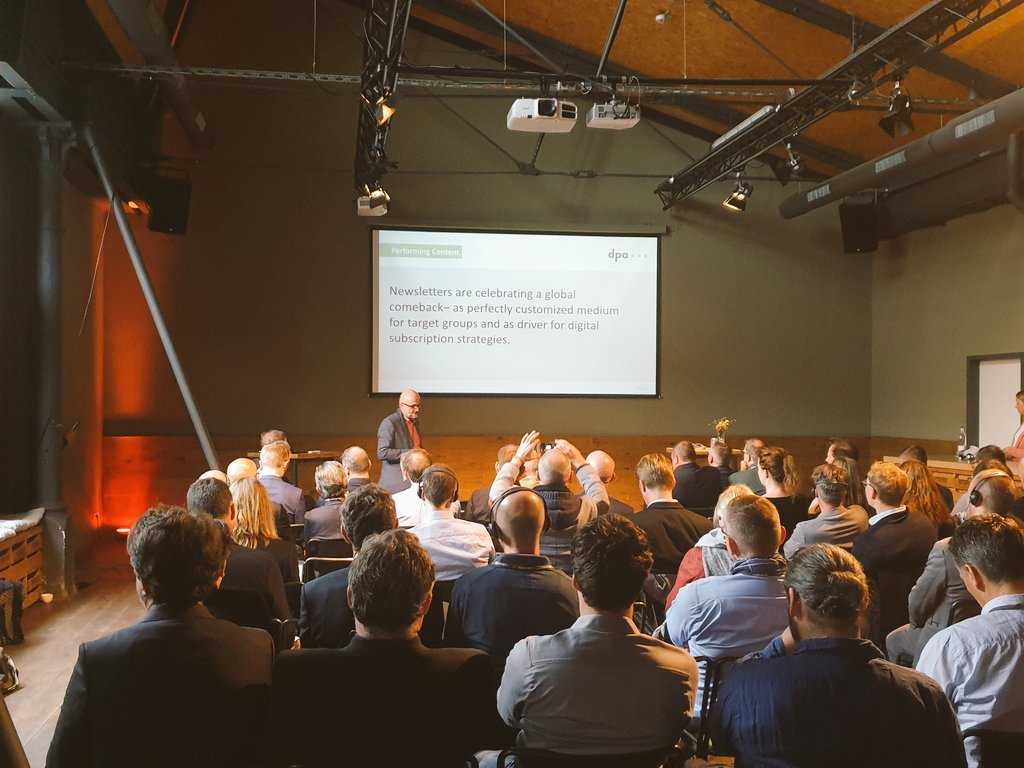 Ellers believes that it is precisely that element of targeting by type that is driving the global comeback of the newsletter as a customized medium and a driver for digital subscription strategies.

He reels off a list of examples of paid newsletters from the likes of Handelsblatt, Der Tagesspiegel, and the Financial Times but puts flesh on the concept by visualizing individuals as influencers; a female manager of a family-owned business, an architect looking to get ahead.

In summary, the path to loyalty lock-in lies in gathering usage data, analyzing it, identifying types of readers and their content needs, and packaging the stories that suit them in a continuous loop of tweaking of perfecting to keep that content relevant.

If we do a good job, the readers will stay with us." 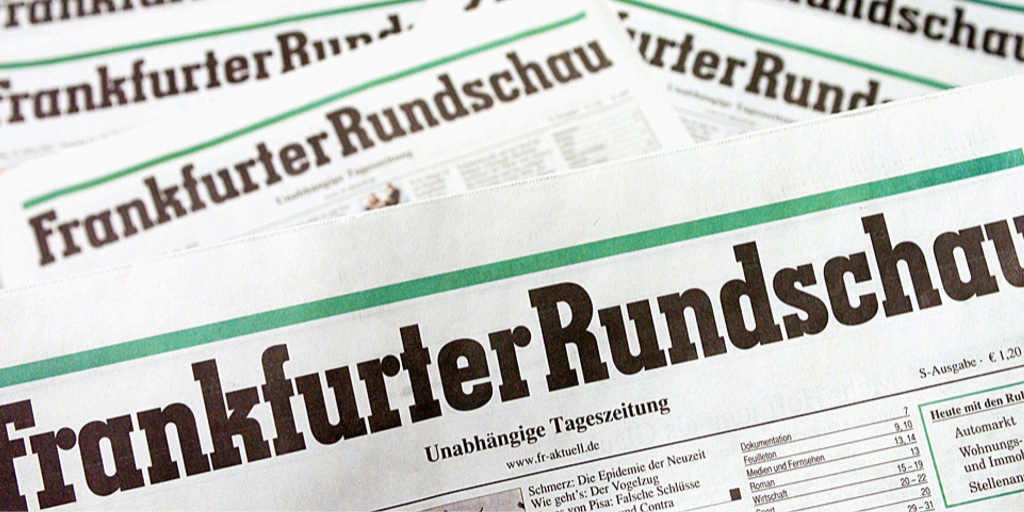 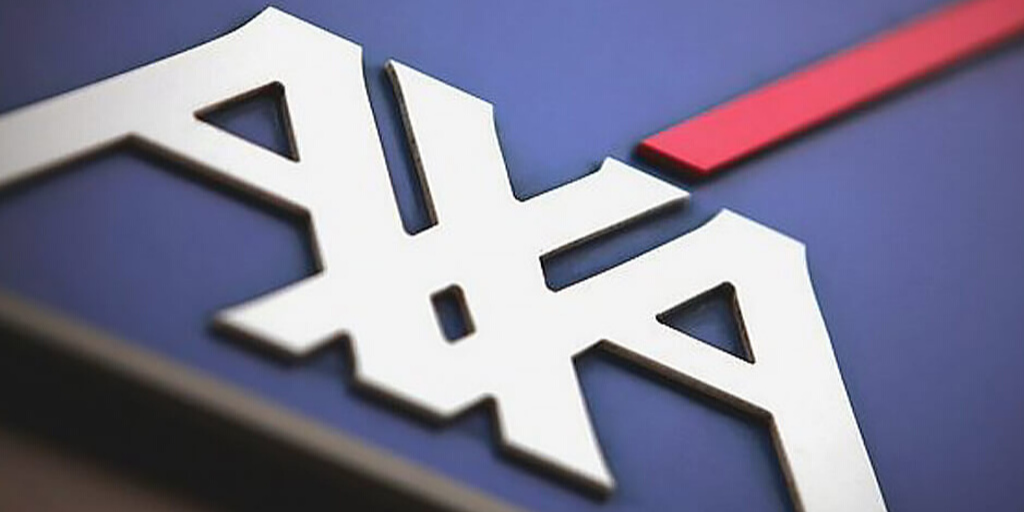