As if the media didn’t have enough to contend with, it is becoming clear that our painstakingly crafted messages are falling on deliberately deaf ears. According to the 2022 Reuters Institute Digital News Report over half the people in some countries actively avoid the news. That figure has more than doubled in countries including Brazil and Britain since the 2017 Reuters survey.

There are multiple reasons given for news avoidance including not knowing what to do with news, avoiding arguments, repetition, and in many cases a simple mistrust of media. Significantly nearly a half of all those surveyed by Reuters said they ‘avoided news because it had a negative effect on their mood’.

Since news avoidance leads inexorably to reduced information consumption, less effective messaging, and thereby reduced revenues and subscriptions, it is imperative to combat it. But how?

To combat news avoidance we first have to better understand why audiences want to dodge our messaging.
People avoid news for any number of reasons, but the Reuters report identifies two key types of news avoidance: intentional and unintentional.

Audiences ignore news for a number of reasons. In some cases it is the familiar question of media credibility and the cry of ‘fake news’. More often, however, avoidance is due to the impression of a relentless tide of bad news, combined with the sense of helplessness that inspires.

Fighting the ‘fake news’ flames is a complex, multi-pronged process that we are far from finished with. Fighting news helplessness, however, could be less complicated. Climate reporters, who find themselves tirelessly striving to make the indigestible more palatable, are increasingly turning to a solutions-focused, constructive news approach to combat news avoidance. Climate change and Covid alike are being combatted in this way by some news outlets and the results so far seem positive. Constructive news tactics that work include bite-sized summaries of key issues, and slow news outlets that soothe that daily noise to a manageable hum.

The enemy you don’t know

Selective avoidance, however, is only part of the story. More insidious is the issue of unintentional avoidance.
Unintentional news avoidance is harder to combat precisely because the audience isn’t aware that’s what it’s doing. With all the clamour from myriad media outlets, from Pinterest to podcasts, your messages may simply be lost in the noise. No matter how important it is, your message is competing for bandwidth with celebrity gossip and Splatfest shoot outs.

There is no one magic bullet for news avoidance because there are so many different beasts to slay. That said, we have to fight back, and we’re not coming empty handed to the fight.

Publishers now have an armoury of engagement metrics, analytics, and data to inform our fightback. The danger is that we too can be guilty of our own news avoidance; overwhelmed by our own data, or depressed by its implications.

Reimagining content itself to counter news avoidance is a key part of the creative process.

To recapture hesitant audiences we have to embrace the engagement metrics, take the time to understand their implications, and plan a publication schedule that takes into account user needs, platform usage, timing, and ongoing responses to reader engagement.

True audience management means more than hitting a deadline, it means daring to experiment. It means A/B testing to see if another deadline, or format, or combination of formats might better lure the reluctant reader, or seduce the news shy. With responsive scheduling and imaginative use of formats we can find ways of wooing the news wary. Experimenting, systematic testing, and re-testing of content combinations is the way to recapture and grow our audiences by going back to the age-old basics of giving the people precisely what they need, at the precise moment when they want it.

If you’re not experimenting with content types, formats, and scheduling then you’re not learning all you could about your audience and its potential. Once you start to get a better picture of what elements could be made to work differently, then it’s time for precise planning of that content delivery, across all platforms, before once again taking the temperature in terms of audience metrics.

We can’t sweeten this particular pill: the process of analysing and responding is ongoing and endless, but that’s part of the fascination of feeding an audience. A dedicated content calendar tool comes into its own here, giving fine control over content types, platforms, publishing times, and frequency. That in turn gives finer control over making and monitoring change. Matching that with KPIs and engagement metrics means an end to being on the back foot, giving publishers the initiative to respond flexibly to shifting audience behaviour.

Which means you can plan for success, responding proactively in a way that increases your brand’s relevance in the future.

Plan now for your audiences with Desk-Net

How to put the table stakes into practice with Des... 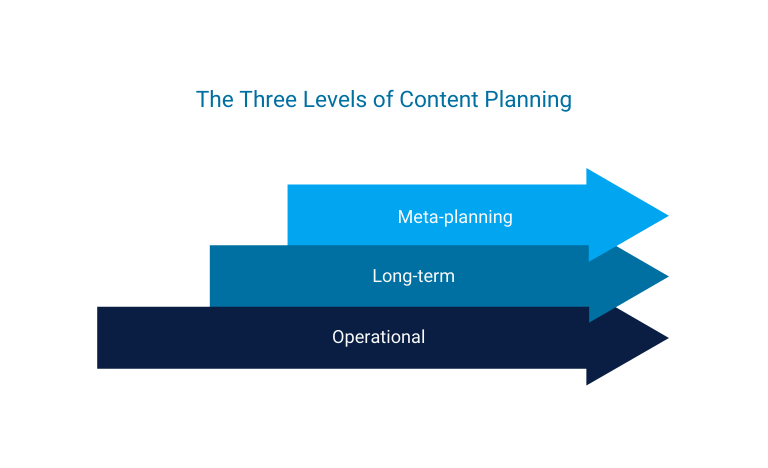